On June 30, the Party Committee of Zishan Group organized a party history knowledge competition to celebrate the 100th anniversary of the founding of the Communist Party of China (CPC). Wu Zhihua, vice chairman of the Trade Union of High-tech Zone, Chen Mukun, vice chairman of the Federation of Arts and Culture, Li Shufen, president of Yancuo Town Women's Federation, Hong Changshui, chairman of Zishan Group, a friend of Zhangzhou Party building, Hong Shuihe, secretary of the Party Committee of Zishan Group, as well as the heads of all units and all party members attended the event. 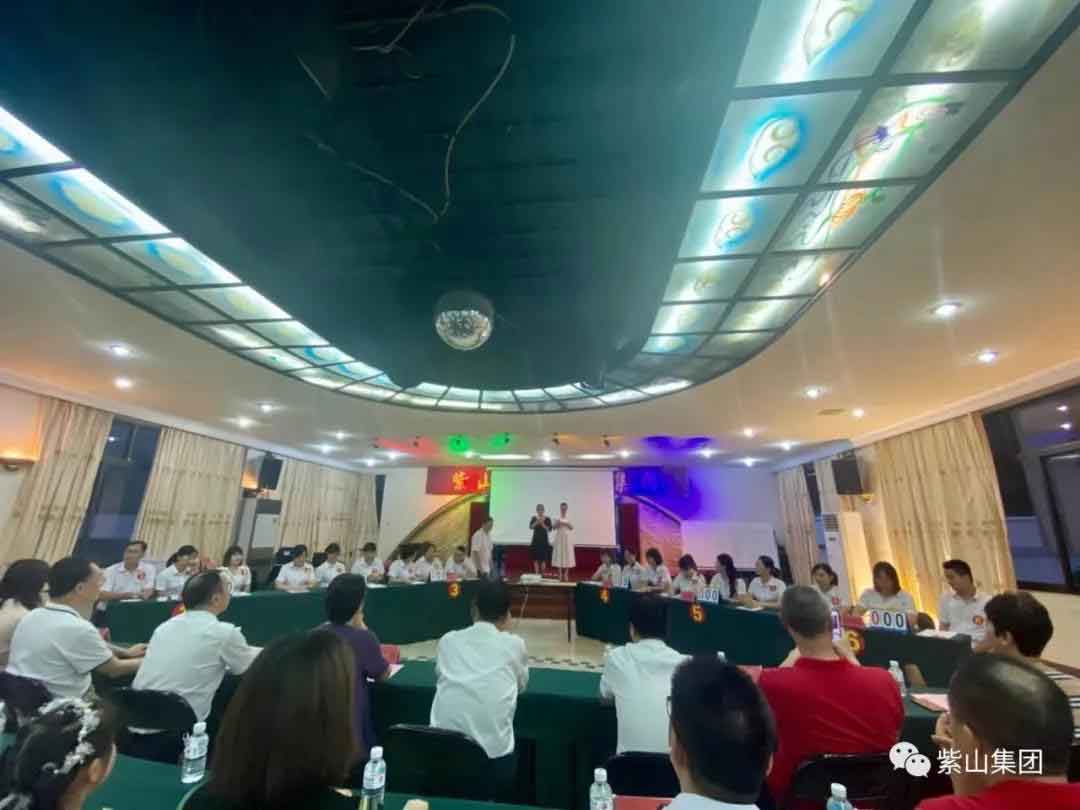 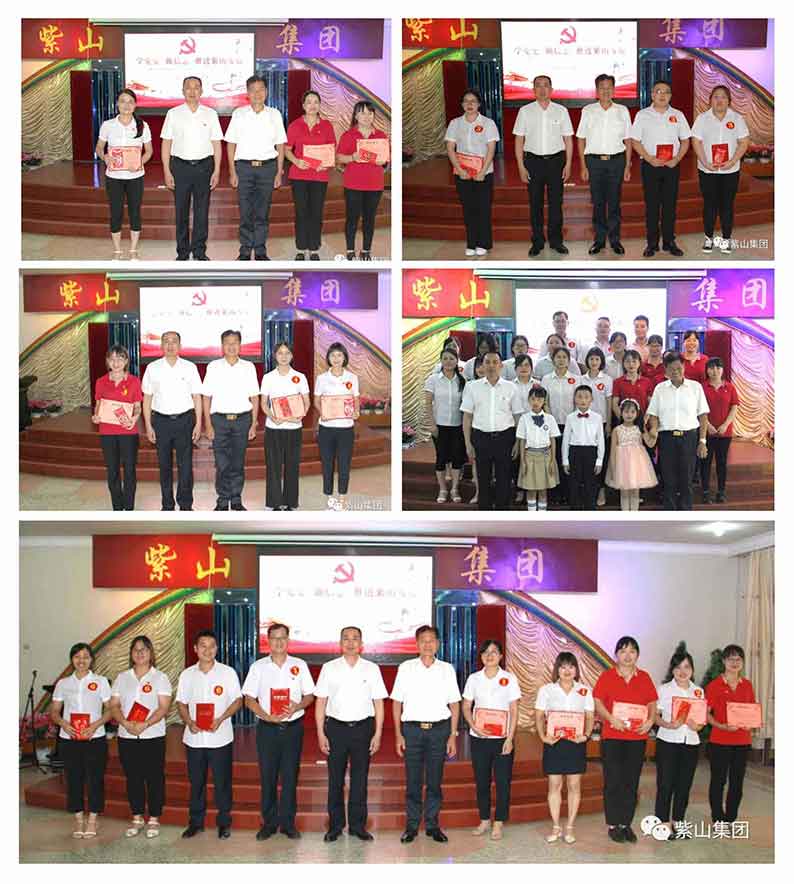 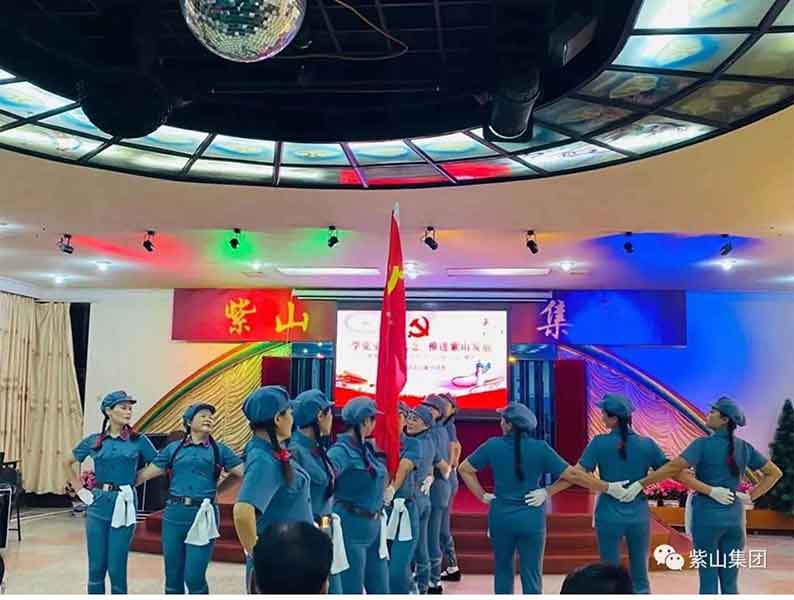 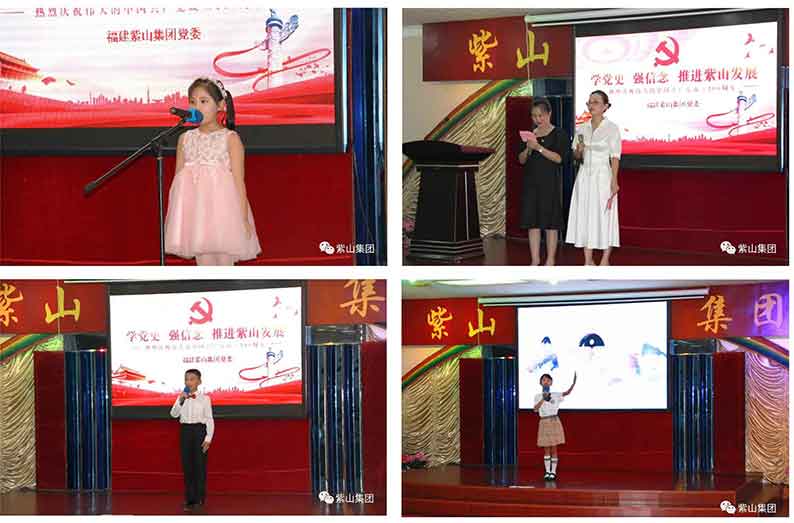 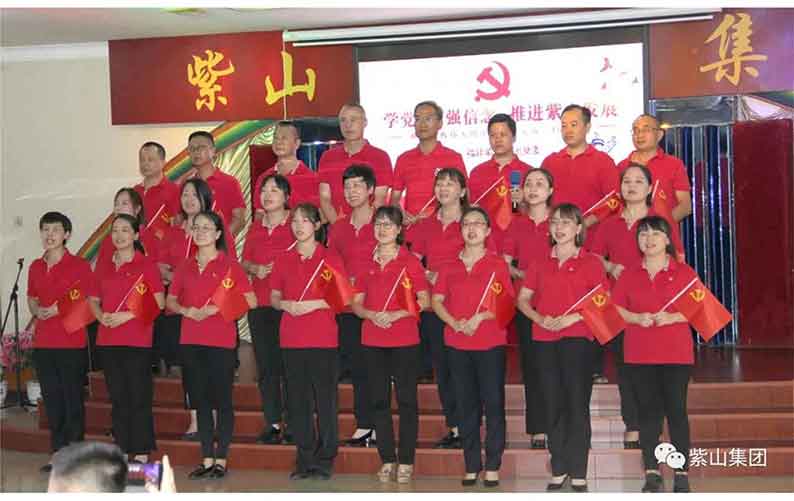 This year is the 100th anniversary of the founding of the communist party of China, firmly grasp the purple mountain group party committee party history study the goal of education, in accordance with the "learning history of the party, the enlightenment thought, does the practical work, open a new bureau" requirements, through the event guide party members and cadres and carry forward the revolutionary tradition, red inheritance gene of broad worker masses, better draw power forward wisdom from history of the party, We will promote the study and education of Party history.

During the competition, there were also many artistic performances such as "Follow the Party forever", "Read China feel the Party's Favor", "Hometown under the Party Flag waving", which not only inspired every audience, but also won bursts of applause. In the end, the competition was successfully concluded with the impassioned singing of red songs by purple Mountain Chorus.

On the morning of July 1st, the Party Committee of Zishan Group organized a party member meeting to commemorate the 100th anniversary of the founding of the party in the multi-functional hall of the company. Purple mountain group Party Secretary Hong Shuihe attended the meeting and made an important speech, deputy Secretary of the Party Committee Gao Qiongshan presided over the meeting. The conference in the passionate "song of purple Mountain" in the prelude, Hongshuihe stressed in the conference, in the process of accelerating the transformation and upgrading of enterprises, we are faced with a serious situation, but also faced with a good opportunity for development. Under the strong leadership of the Party, we should vigorously carry forward the spirit of serving the people as a willing ox, innovating and developing as a pioneer ox, and working hard as an old ox. We should strengthen our confidence and determination, have the courage to take on our responsibilities, and make unremitting efforts to successfully complete the annual work tasks of the Group and celebrate the 100th anniversary of the founding of the Party with outstanding achievements. At the conference, Hong Shuihe also for the old party members Hong Caigen, Wu Xiuyu issued a "glorious 50 years in the party" commemorative medal. Half a century of the party has witnessed the extraordinary years of the two veteran party members, but also witnessed the great course of our party's prosperity and development. 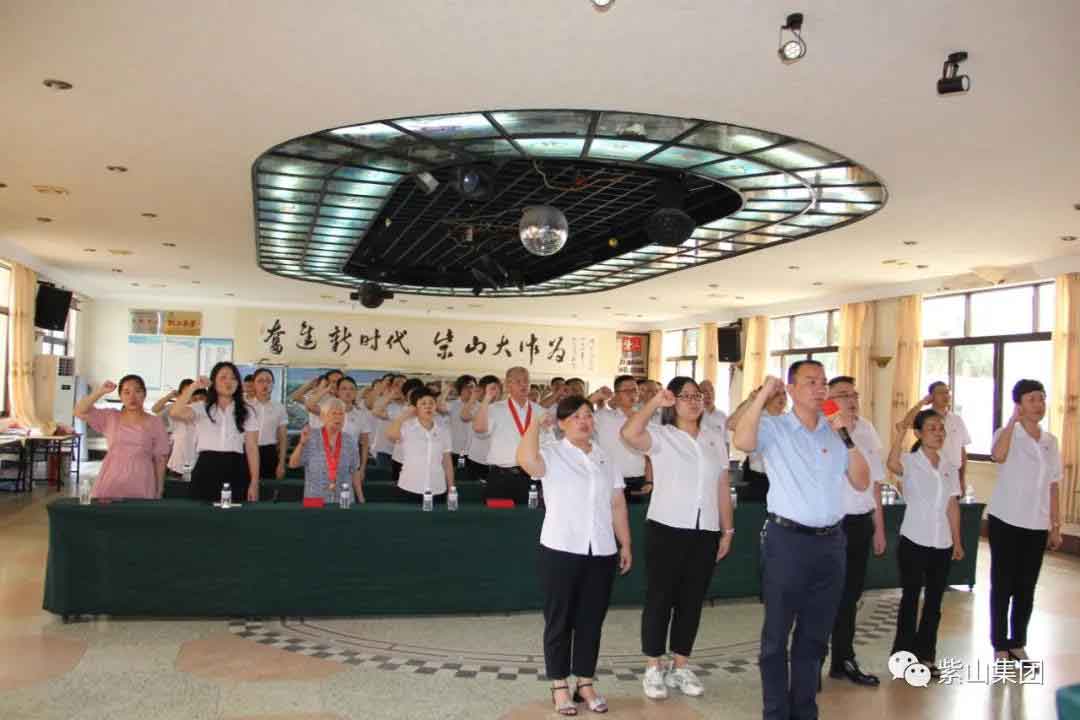 At the end of the conference, purple mountain all party members in hongshuihe led the oath ceremony, review the party oath. A hundred years of praise and praise. On the occasion of the centenary of the Communist Party of China, Hong Changshui, chairman of The Purple Mountain Group, In one hundred wrote the struggle Set new journey ", "young", "to follow the party forever striving new journey, the drinking water source Bei DangEn ", "let the people eat at ease", "happiness is struggling out", "for the society to provide a safe, healthy and safe food, and etc, eulogizing the party struggle in one hundred, about the party's affection and admiration of love, He expressed his firm will to follow the party forever and start a new journey.

The last one:President of the group, won the title of "outstanding private entrepreneur in Fujian Province"!

The next one:Purple mountain Group held a symposium on demobilized soldiers